“Terror” – are you kidding me? 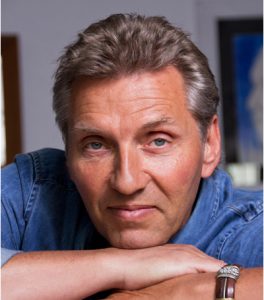 At the Open Mind Conference 2016, Ole Dammegard discussed the templates and methods normally used in false flag operations. This year, he is back again with another angle on the subject.

Ole has been a returning guest at the Open Mind Conference since 2013. The reason for this has been because of the recurring alleged terror attacks in Western Europe and the USA. As an expert, he has been able to debunk the official stories behind many of these alleged terror attacks, such as the Copenhagen shootings, the mass shooting in Norway, the Nice, Charlie Hebdo, Bataclan and Brussels airport attacks, to mention but a few. This year, he will talk about the Berlin, Istanbul, Jerusalem, Fort Lauderdale and Melbourne attacks. Prepare yourself for some explosive information.

Ole Dammegård is an author, inventor, former journalist and investigator who has dedicated some 30 years of his life into researching global conspiracies. His main focus has been finding out the real truth behind the assassinations of the Swedish Prime Minister Olof Palme, John F. Kennedy, Robert F. Kennedy, Martin Luther King, John Lennon, Lady Diana and the truth behind 9/11, the Oklahoma City bombing, the Boston Marathon bombings etc.

Ole has discovered very strong links between the terror attacks e.g. identifying people that he alleges are linked to both the JFK and Olof Palme murders. The global elite seem to have used the same ‘skilled mechanics’ for decades who do their dirty jobs for them.

He has also had articles published on prominent websites such as Veterans Today. His books include Coup d’etat in Slow Motion, Shadow of Tears, Re-Mind Me and Yolanda Yogapanda.

Ole was awarded the Prague Peace Prize as an investigator researching the truth and is considered a leading expert on false flag operations. He has been a speaker at many international conferences, including the recent JFK Conference, Dallas, in 2016.