The Megalithic Giants – The Lost History of a Forgotten Race 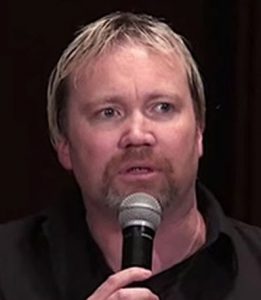 For a long time, it was thought that giants were just part of folklore, but recent research into old documents, newspapers, journals, first-hand reports and academic sources now suggests that they may have been a reality. Megalithic researcher Hugh Newman investigates giants and megalithic structures from around the world asking: did giants build the ancient stone circles, pyramids and earthworks? Was it the Nephilim, Gog and Magog, King Og of Bashan or the Titans of ancient Greece? Hugh looks at anatomic anomalies such as double rows of teeth and six fingers and toes, and has uncovered over 1500 accounts of giant skeletons between 7ft and 18 ft tall being unearthed around the world that question the historical timeline.

Hugh Newman is an explorer, megalithomaniac and co-author of Giants on Record: America’s Hidden History, Secrets in the Mounds and Smithsonian Files (2015) with Jim Vieira, and author of Earth Grids: The Secret Pattern of Gaia’s Sacred Sites (2008). He has been a regular guest on History Channel’s Ancient Aliens and Search for the Lost Giants. He has had articles published in Atlantis Rising (US), New Dawn (Australia) and numerous other publications. As well as organising the Megalithomania conferences and tours, he has spoken at events in the UK, Malta, France, Peru, Egypt, Bosnia and North America. He lives in Wiltshire, England.